The induction light is a revolutionary breakthrough in the history of light. This new method of lighting does not use electrodes or heat filaments to produce light. Rather, induction lamps transmit energy through electromagnetic fields to simulate the atoms of the gas inside the glass tube and make them release a photon. The photon produces light. Induction lamps last much longer than fluorescent lamps. Let's take a look at the long history of induction lighting. Interestingly, it only just became commercially available in the past few decades. 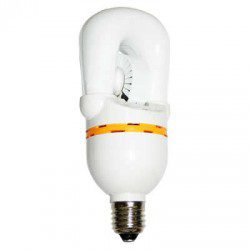 A modern self-ballasted induction lamp that uses a standard screw base.

While the fluorescent lamp can last an average of 15,000 to 20,000 hours, induction lamps can burn for 100,000 hours on an average. This makes the latter the popular choice of lighting in commercial spaces such as supermarkets, hotels, and theaters and also on streets and bridges.

The History of Induction Lighting Starts With Tesla 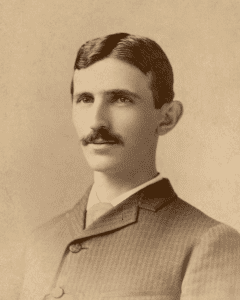 Nikola Tesla is regarded by many as the Father of the Induction Light. Tesla has discovered many phenomena related to electricity and magnetism. His urge to understand the workings behind these phenomena and then apply these to practical solutions for problems were the basis of his inventions and improvements upon existing technology. His work with the induction lamp began with his interest in understanding a physical phenomenon.

Although induction lights have been commercially manufactured only since the 1990s, Nikola Tesla had tinkered with the technology way back in the 1890s. In fact, it is interesting to note here that Tesla stumbled upon the phenomenon of generating light without using electrodes during the same time when Thomas Alva Edison was concentrating on improving the operational efficacy of the incandescent bulb.

Thomas Edison’s groundbreaking work to produce the very first commercially feasible electric lamp opened the floodgates to a host of technological innovations in lighting. This includes the development of discharge-type lighting devices. It is interesting to note here that Nikola Tesla was actually not working with the goal of producing a light bulb.

While studying how alternating currents (AC) behave at high frequencies, Canadian scientist Nikola Tesla stumbled upon the idea of transmitting AC power inside a sealed glass tube without using cumbersome wires and electrodes. In order to show that power transfers from one medium to another wirelessly, Tesla had to illuminate the sealed glass tube. Tesla's experiments with how energy can be transferred from one medium to another without using wires and electrodes thus paved the way for the development of this technology and thus began the history of induction lamps.

The Development of the Induction Lamp for Commercial Use

Phillips was the first commercial lighting manufacturer to build an induction lamp for mass consumption. The QL induction lighting system was introduced in Europe in 1990 and in the United States in 1992. The QL lamp by Phillips came in three operational types: 55 watts, 85 watts, and 165 watts. 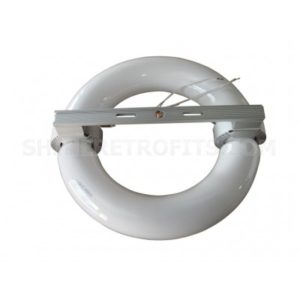 The OSRAM Sylvania Icetron was the second commercial induction lamp to hit the market, in 1996.

The Research and Development team at Phillips continuously strives to develop new induction lamps. Their goals for the lamps include switching on and off instantly, easy to install, have longer lifespans, and produce a wider range of color temperatures. It succeeds in doing so with every new version of induction lamp it produces.

Incidentally, the QL company has acquired the QL line of induction lamps and other associated products from Phillips in 2011.

The Latest Development in the History of Induction Lighting

Induction lamps are right now one of the most energy-efficient lighting devices in the market. So it is not surprising that manufacturers and researchers are teaming up to produce efficient lamps with longer lifespans. For instance, a company is collaborating with the University of California(Davis) Lighting Technology Center to develop a bi-level induction lighting technology. In this system, the light is half bright when there is no movement in the vicinity (read: occupants in the area). It becomes full bright when someone comes within a particular zone around the light. This light is fitted with occupancy sensors that can detect human presence. This induction lighting system follows the working principle of a dimmable light.

Induction lighting devices have various advantages over the conventional fluorescent and incandescent bulb. Apart from being extremely energy efficient, these lights have longer lifespans. They also produce flicker-free illumination, are dimmable, and come in a variety of types to illuminate spaces of various sizes. These advantages make these lamps ideal for use in a commercial space.

Need help deciding if induction technology is right for your lighting project? Our team of certified lighting experts is happy to help steer you in the right direction. Give us a call Monday-Friday 6AM-6PM MST at 1-800-983-1315. Or, tell us about your project in our contact form. We will get back to you during the next business day.