There seems to be nothing but growth potential when it comes to the future of the LED lighting marketing.

A recent whitepaper published by the IHS is forecasting not only growth from the three largest LED lighting manufacturers, but a number of key trends that will help boost sales this year. 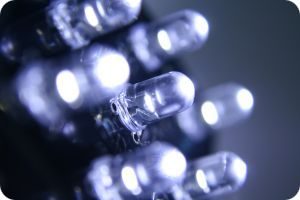 For instance, quantum-dot LEDs (QD-LEDs) is expected to make some gains in this year that could result in some commercially available products at the end of 2015, ultimately taking marketshare from the OLED display market.

Other LED trends this year have the potential to increase consumer interest in LEDs, such as added value with adding things like smart lighting sensors into LED bulbs, as well as more competitive pricing and better quality with LED filament bulbs.

Additionally, the IHS report sees growth potential through the implementation of new technologies in the LED lighting market, such as cloud-based smart lighting and Li-Fi (visual light communication).

This growth potential is on par with past reports also predicting growth in the LED lighting market. Other recent research from LEDinside believes the LED industrial lighting market will hit $2.366 billion this year, and total $3.935 billion by 2018. This will be reportedly due to the attractiveness of LED high and low bay lighting, as well as an overall decrease in pricing of LED products.

In 2012, Strategies Unlimited released a report projecting the LED replacement lamp market would hit the $3.7 billion mark by 2016. Another new report estimates the global LED lighting market will grow at a compound annual growth rate (CAGR) of 25.89 percent between 2014 to 2019. And another recent article sees LED lights as the future of urban farming, showing a growth potential in that market.

And last year, the US Department of Energy released a report forecasting LED lighting would account for 48 percent of lumen-hour sales of the general illumination market, increasing to 84 percent by 2030. This increase would reportedly result in more than $26 billion in energy savings in 2030.