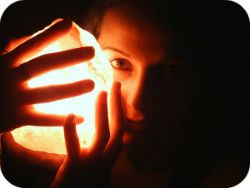 Here's a look at the latest studies and research regarding the LED lighting market.

LED Lighting Market to Reach $30.5B in 2016
The global LED lighting market is expected to reach the $30.5 billion in 2016 compared to $25.7 billion in 2015, according to a report issued by TrendForce. Additionally, the penetration rate of LED lighting is expected to climb from 31% in 2015 to 36% in 2016. The growth is expected to come from declining prices on LED products, favorable government policies, and increased usage in certain application markets such as horticultural, commercial/industrial and marine lighting.

Lighting Fixtures Market On the Rise
A recent study by Transparency Market Research estimates the global lighting fixtures market will hit $215.29 billion by 2021, a CAGR (compound annual growth rate) of 6.9% from 2015 to 2021. Growth will primarily be driven by a move to more energy efficient lighting fixtures, such as LED and OLED, as well as growth in the global construction industry.

Engineers Rank Energy Efficiency Tops When Selecting Lighting Products
According to the Consulting-Specifying Engineer 2015 Lighting and Lighting Controls Study, 99% of engineers ranked energy efficiency and product quality as top deciding factors when it came to choosing lighting products. The study also found that having an inadequate budget was one of the most difficult challenges three-quarters of respondents faced when creating a quality lighting design. And when asked about the future of lighting design, 21% were concerned about challenges in complying with new and changing codes and standards, 18% were worried about energy conservation and efficiency design, and 15% talked about project costs and budget restrictions.

LED Horticultural Market Picking Up Steam
The market for horticultural LED lighting products is beginning to pick up steam, according to a new report issued by Navigant Research. The report predicts that in some regions, LEDs will make up more than half of new horticultural luminaire sales as early as 2017. The increase in LED usage is expected to come from a rise in LED adoption rates by indoor farming facilities due to low heat output and fine-tuned wavelengths for specific crops.

Global OLED Market to Reach $37.2B by 2020
A new report from Allied Market Research predicts the global OLED market will hit $37.2 billion by 202, a 18.3% CAGR from 2015 to 2020. The increase is expected to be led by a higher demand for eco-friendly products and growing government regulations within this area.

Americans Use 6.6B kWh for Holiday Lights
According to the Center for Global Development, Americans use 6.6 billion kilowatt hours of electricity to power their decorative holiday lights each year. Although that's only 0.2% of America's total electricity usage, that amount of power equals the national electricity consumption of a number of developing countries such as El Salvador, Ethiopia, Tanzania, Nepal and Cambodia. Those numbers are based on a study conducted in 2008 by the US Energy Department's Energy Information Administration (EIA). As more Americans begin to switch to LED holiday lights, it will be interesting to see how that number changes in the next year or so.

Keep up with current lighting industry news by subscribing to our Commercial Lighting News Feed.