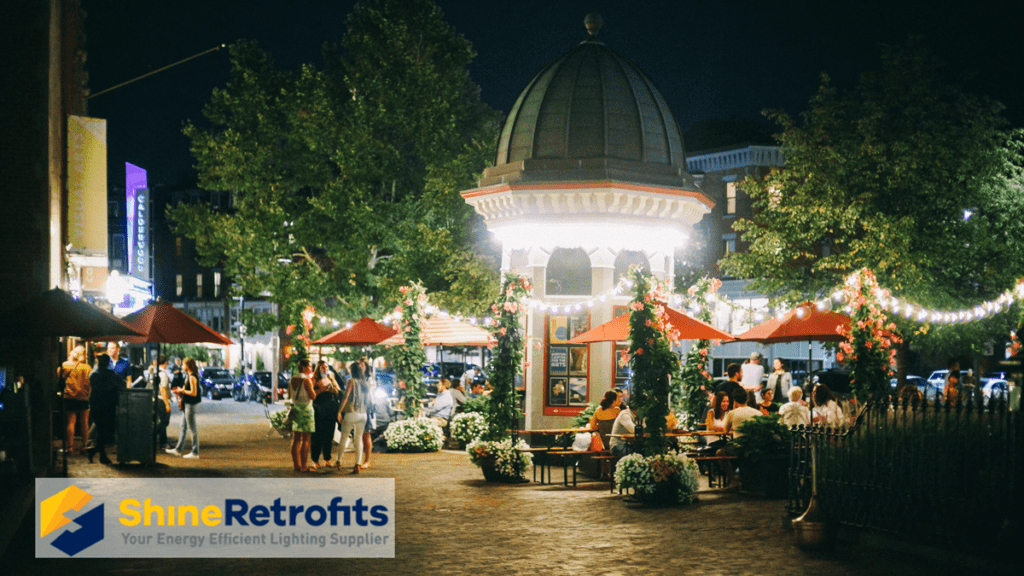 Many businesses around the United States have been upgrading to LED technology over the past few years, and Shine Retrofits has been happy to supply them with their new lights. A majority of these businesses have used retrofitting to make the process as efficient and cost-effective as possible. Instead of investing in the purchase of brand-new fixtures, retrofit technology allows a business to update their existing fixtures in order to accommodate the LED bulbs they’d like to install in their space.

But to get an accurate sense of the benefits of retrofitting a business with LEDs, our team at Shine Retrofits went out and interviewed a number of business owners who have actually done it. By getting stories from people who’ve been through it, we hope to provide a better sense of the ins-and-outs of the retrofit process, as well as deeper understanding of the benefits LED technology can bring to a business.

One of the most obvious benefits of switching to LED technology is the money you will save on the business energy bill. LEDs use less energy than any other lighting technology available today, and allow you to light industrial, commercial, and plenty of other business spaces efficiently for a fraction of the cost of traditional bulbs. For many business owners, huge savings on their energy bills was one of the first things they noticed when they invested in an LED retrofit kit.

Steven Pickens, co-owner of Anthem Print, a custom t-shirt printer in Phoenix, Arizona, noticed that in addition to improving the mood of his employees, his new bulbs also saved him a significant amount of money. He said, “In addition to these priceless human benefits, we saw substantial savings in our electricity bills. We anticipate future savings as a result of the increased lifespan of the LED fixtures, eliminating the frequent replacement of our previous fluorescent fixtures.”

Jim Balis, who runs a restaurant investment firm called CapitalSpring, noticed similar benefits about the LED bulbs they installed in many of their restaurants: “It is better for the environment, saves money, is more durable, and in some cases safer because team members are not on ladders changing bulbs. It’s been terrific.”

Other business owners took it a step further and really did the math on why they think that everyone should make the switch to LEDs. Shel Horowitz, who is known in the business world as The Transformpreneur(sm), a Green/Transformative Biz Profitability Expert, enjoys focusing on how businesses can be more efficient and save money. When asked about retrofitting a space with LEDs, he commented that he uses the technology in his office and at home, but that the savings can be even greater for a big commercial space. To illustrate the big benefits of LEDs, he gave us this example:

“Let’s say you run a high-ceilinged location like a basketball court. You replace the same 50 bulbs, but you also have to pay a worker to go out in a cherry picker every time you change a bulb. How much does the labor, fuel, and depreciation/maintenance cost you? $50? $100?

More? Let’s be generous to the nongreens and say it’s $50, and furthermore, we’ll say your worker replaces an average of three bulbs every time, rather than just one, so the net cost per bulb is $16.70 for the labor and vehicle use, plus another buck for the replacement incandescent bulb. Thus, each new incandescent bulb is going to cost $17.70 to purchase and install.

“The calculator informs us that you eliminated 2,500 bulb changes by switching to LEDs, and you won’t have to change them again for 13 years. If I’m figuring this correctly, multiplying $17.70 times 2,500 saves an astonishing $44,250.”

Sometimes there are benefits to LEDs that businesses didn’t anticipate, but nevertheless were responsible for many positive changes in the business environment. As we mentioned earlier, Pickens noticed a substantial improvement in his employees’ moods after retrofitting his business with LEDs:

“After completing our LED retrofitting 75+ light fixtures in our Phoenix, AZ printing facility, we saw an immediate unexpected increase in our productivity and employee mood. After investigating further, we discovered that the color temperature and wavelength emitted from our retrofitted LED fixtures have a positive impact on the human eye, giving a cognitive advantage over traditional fluorescent lighting. This impact has shown to increase serotonin levels in the body, resulting in improved mood, reduced stress, and even improved efficiency.”

Have you made recent improvements to your business to make it more energy efficient, like retrofitting LEDs? If you have, please let us know on Facebook or Twitter. We’d love to hear from you!