Initial Lumens vs. Mean Lumens: What is the difference?

Initial lumens and mean lumens are two units of measuring the output generated by a specific lighting device. But there are distinct differences between what these two values indicate. 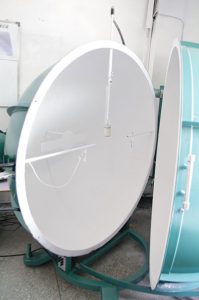 As a commercial space owner who wants to maximize his infrastructural investment and optimize operational costs, you should know the difference between these two values so that you can buy resource-efficient lighting devices for your business premises. This knowledge will also prevent you from being cheated by unscrupulous retailers and suppliers who may wish to confuse you by quoting impressive figures that are not relevant for your needs.

What are Initial Lumens?

Initial lumens is also known as initial light output. It refers to the total amount of light produced by a particular lighting device just after it has stabilized but before depreciation (loss of operational efficiency) has started. Typically, the initial lumens value for fluorescent bulbs and high-intensity discharge (HID) lamps is measured after the first 100 hours of a lamp’s operations.

This phenomenon is known as flaring. When this is in progress, we cannot accurately measure initial lumens or the amount of light the apparatus produces. It is worth noting that during its first 100 hours of operation, a lamp usually produces 20 percent more light than what the manufacturer states as its initial lumens value.

What are Mean Lumens?

The light output from any lighting device tends to decrease in amount the longer the lamp is operated. So to make the most of your investment in lighting devices, you need to know about the average output of various lamps over their lifespans. The mean lumens value of a lamp indicates the average light output produced over the duration of the rated life of the lighting device. Another term for "mean lumens" is "design lumens". In case of fluorescent lamps, this value is usually calculated at 40 percent of the bulb’s rated life.

It is worth noting here that some of the most efficient lamps currently available in the market produce 95 percent of its initial light generation capability even at the end of their lifespans. This means that these lamps do not depreciate much over the course of their lifespans. They are intelligent investments. T5 lamps are some such highly efficient lighting devices.

What Factors Affect the Initial Lumens and Mean Lumens Values of a Lamp?

The initial lumens and mean lumens values of a lamp or the light output produced by a device depend on a host of factors like the following:

- Interaction of the lamp with the ballast

- Ambient temperature in the area where the lamp operates

- Quality of the lighting fixture

Both initial lumens and mean lumens values are calculated by placing the lamp in its designed burning position. Universal lamps should burn in a base up position. We calculate their lamp ratings in this position. In fact, the operational efficiency of these lamps are lower. There is more lumen depreciation than is normal when these do not operate in their proper burning positions.

How do Initial Lumens and Mean Lumens Values Affect Your Lighting Choice?

As a prudent business owner, you will want to invest in lamps that will not only provide adequate lighting but also remain functional for long enough to optimize your returns on investment. So before buying lights for your business premises, you will need to ponder over their lighting ratings. Make your choice after considering the mean lumens value.

Every lighting device undergoes lumen depreciation. So do not let impressive initial lumens values impress you into buying a lamp. Rather compare the mean lumens values of various lights before making your choice.

Different lamps have different initial lumens values. From the above graph, you should choose that lighting device that depreciates the least over the course of its lifetime.