What is Lumen Maintenance? 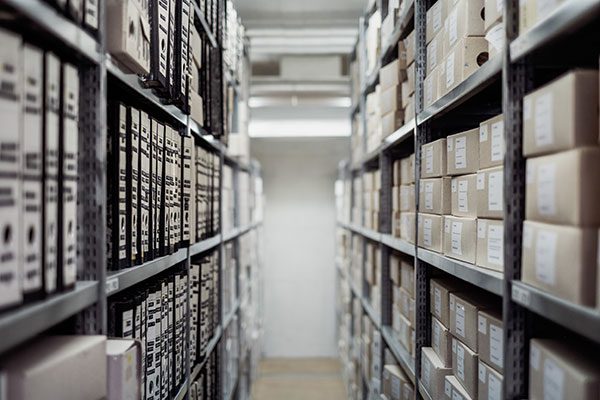 Lumen maintenance compares the brightness of the light produced by a light source when it’s brand new to its light output at a specific time in the future. You could, for example, compare its initial lumens to its end-of-life lumens to quantify depreciation over its entire life. Or, you could look at its light output at about the 40% point of its rated life, which is close to the average light output over its whole life. This is referred to as “Mean Light Output.”

The older the technology, the faster it tends to depreciate. The initial lumen output of a 400-watt metal halide high bay fixture might be quite high, but its mean light output is only 65%, and by the end of its life its lumen maintenance can be as low as 40-50%. Compare that to the MaxLite T5 Extended Life Fluorescent Lamp, for example, which maintains up to 94% of its initial lumens through the end of lamp life.

Industry standards have been devised to allow direct comparison between one light source’s lumen maintenance and another’s. Cree LED lamps, for example, were tested in-house for long-term lumen maintenance consistent with methods established by the Illuminating Engineering Society of North America, and result was that they were still emitting 70% of their original light levels at 50,000 hours under normal operating conditions. In industry parlance, we say they have an “L70 of 50,000 hours”. In comparison, older technology may only have an L70 of 20,000 or 30,000 hours. (Since the human eye generally can’t detect a change in light output until there has been 30% depreciation, L70 is often established as the target for an application.)

Why does Lumen Output Decrease over Time

Lumen depreciation - the process by which lumen output decreases over its life time - happens for a number of reasons. Some light loss factors are "non-recoverable" because you can’t prevent them with regular maintenance. For example, lamps and ballasts lose lumens when operating together as a system.  Then there’s temperature, which affects fluorescent lamps more than others. Fluorescent fixtures have an ideal operating temperature and any significant deviation above or below that point will affect the amount of light that the lamp emits. Similarly, if the voltage feeding into the fluorescent or HID ballast goes up or down, it can result in an increase or decrease in lumen output. This is more of a factor with older magnetic ballasts than electronic ones.

The lamp itself absorbs a certain amount of the light leaving it. The more space it takes up, the more it obstructs the light leaving the fixture. Since T8 and T5 lamps are thinner than T12’s, they absorb less light. However, the surface of all fluorescents, and many other lamps, deteriorate as they age, and the resulting blemishes and discoloration absorb light instead of reflecting it.

"Recoverable" light loss factors can be reduced to a certain extent by preventative maintenance. Say, for example, that at a certain point 5% of the lamps in the high bay fixtures of a warehouse are burnt out and require replacement. Along with all the other reasons for light loss, you would have to add another .95 loss factor for burnout. This generally pertains to HIDs and fluorescents more than LEDs. Unlike ordinary lamps, LEDs don't have a filament that will burn out. They illuminate solely by the movement of electrons in a semiconductor material. For an LED light to completely burn out, all the light-emitting diodes would have to fail. You will see a gradual dimming to the point where the light becomes unusable rather than a sudden burnout.

Another “recoverable” light loss factor is dirt. This is an important factor in a manufacturing environment where industrial processes are putting a lot of dust and fine particles into the air, especially if the space near the ceiling is not well ventilated and the fixtures are not frequently cleaned. It’s also a more significant factor with some types of fixtures than others. Take, for example, an industrial strip light fixture with 4-foot T8 fluorescent lamps, no top or bottom enclosure. Put those same 4-foot T8 lamps in a Vapaortight fixture, enclosed in a lens that’s relatively easy to clean. Then it’s not hard to predict which ones will stay brighter longer.

Since all lamps will experience a certain amount of light loss over time, a lighting design for an industrial facility can include a number of features that take this into account. For example, we can connect dimming ballasts to an energy management system. You can then program that system to track lamp depreciation. In other words, we can program the ballasts so that their output changes as light levels decrease. Also, as mentioned above, it’s important to spec fixtures that will stand up to the environmental conditions of the facility. This includes extremes in temperature or dirt and dust in the air.