Why do LED lights fail? 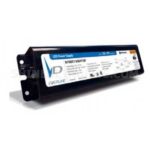 What to Do When LED Lamps & Drivers Fail

There’s nothing more frustrating than having a light fail on you, especially when you need it the most. Showing up to your office or home to find a malfunctioning or dead light makes it hard to trust your lighting products and the companies that make them. Although LED lamps have proven themselves to be extremely resilient and long-lasting – both in terms of their light life and structure – that doesn't mean that an LED lamp will never fail.

When it comes down to it, there are many reasons that a light might fail you. If something happened during the manufacturing process to make the lamp faulty or not as strong, you could end up with an LED lamp that goes out well before its time. Other factors might also cause your LED lighting to fail before its life is up.

At ShineRetrofits.com, we want to make sure that you are fully educated about all aspects of our lighting products. We want to prepare you to make the most informed decision you can about what lighting application is best for your project, and also to be prepared in case you run into an issue.

That’s why we want you to be fully aware of any reasons why your LED lighting might fail before its time, and how you can handle that situation if it arises. Here is a look at some of the reasons why an LED lamp or an LED driver may fail.

Need to replace your LED lights or components? Check out our full selection of drivers, fixtures, and bulbs now.

Why an LED Lamp May Fail

For the most part, when an LED lamp is nearing the end of its life, it will not just automatically go out -- generally, the amount of light it emits will gradually lessen as it loses some of its efficiency, using more electricity to produce light than it normally would. However, that's not to say LED lamps never fully go out -- it can happen, it's just not very frequent.

Some reasons why an LED lamp may fail include:

One reason why an LED lamp might expire before it's rated lifespan could have to do with the temperature of the environment it is in. If the temperature around the lamp gets too hot and the fixture does not have a proper heat sink, it can cause the LEDs in the lamp to overheat and eventually fail. That can happen, for instance, if you use an LED lamp that is not supposed to be used in an enclosed fixture like a recessed can or downlight.

And although LEDs are generally rated to work at rather low temperatures, operating an LED lamp at lower temperatures than what is recommended can also have a negative impact on performance and eventually cause the fixture to fail. It's always important to read the specs or contact the manufacturer to make sure whether or not an LED lamp can be used in an enclosed fixture, and what the minimum and maximum operating temperatures are to make sure it's the right fit for your project.

Knowing the correct temperatures at which to operate your LEDs is a great first step in ensuring the long-term functioning of your light fixtures. If your work or home environment requires your lighting to be able to operate at somewhat extreme temperatures, it is highly important that you purchase lighting that is specifically designed for high or low-temperature applications.

Another reason why an LED lamp might fail is due to something called “efficiency droop.” Basically, every time the LED lamp is fired up and the electrical current that runs through the LEDs increases, the luminous efficacy of the LEDs drops up to 20%. So the higher amount of electricity you run your LED lamp on, the more of an impact it will have on the efficiency droop. To help combat this, an industry standard of operating at 350mA has been established. However, if your fixture needs to operate above that standard, you may find your LED lamp may not last as long.

For any applications that require you to run high amounts of electricity through your LED fixtures, we recommend that you find fixtures that are designed for such purposes. Efficiency droop can’t be avoided, but you can avoid other issues that go along with high electricity input and make sure your fixtures can handle the extra strain.

Any issues within the structure of the LED lamp - either the LEDs themselves, how they are connected, or the lamp - can also be a reason why an LED lamp may fail. For example, if the LEDs themselves are not made of the highest caliber materials available on the market, you can already be setting yourself up to a problem. In this case the old saying is mostly true, as most times with LEDs you truly get what you pay for -- more expensive LED lamps will generally include higher grade LEDs that offer a better light quality and efficacy, while also not breaking down under the stress of constant use.

Generally speaking, the better materials that are used in your LED lamp, the less likely you will run into any issues with performance.. For example, structural issues with an LED could cause the electrical flow to run both ways through the LED, rather than just the one way needed for the p-n junction between the semiconductor materials. This can cause a disruption in the normal function of your lamp, and damage its performance and light output over time.

As for the lamp itself, normally an epoxy is used in the construction of the LED lamp. Sometimes this epoxy can begin to turn a yellow color when heated, which can in turn actually absorb some of the light being produced, lowering the lamp's efficiency. Additionally, the epoxy could also absorb moisture from the surrounding environment and transfer that to the LEDs, causing additional issues. High-quality LEDs address this issue by not using epoxies that will cause any of these problems, which is just another reason to invest in quality products that are backed by a trusted manufacturer.

Why an LED Driver May Fail

As we mentioned in a previous article, the LED driver is what manages the amount of power that is allowed to flow through an LED lamp or LED lighting system. Drivers are necessary because LEDs run on DC power at a low voltage, so something needs to be used to convert AC to DC and protect them from power surges.

So in this case, a bad LED driver could result in more power running through the LEDs, ultimately causing it to become overheated.  This overheating could eventually shorten the lifespan of the LED bulb or even completely fry it, rendering your lamp completely useless. On the flip-side, an LED driver that doesn’t provide sufficient electricity flow into your LEDs can also be an issue. if not enough power is getting to the LEDs, your light output and quality will suffer.

Another thing to keep in mind is that the LED driver may not be rated to last the same amount of time as the LED lamp. It would be logical to think that manufacturers would try to make them last for a similar amount of time, but that's not necessarily the case. Although many manufacturers, especially our most trusted ones, are actively trying to match up the lifespans of LEDs lamps and drivers, as of right now chances are very good you may end up with a 100,000-hour rated LED lamp running on an LED driver that is expected to have a shorter lifespan. That’s the reason it's so important to take note of LED lifespan specs and ask the manufacturer for information on the lifespan of the LED driver, allowing you to have a good idea on when that might need to be changed out down the line.

For clarity, here are some of the most common reasons an LED driver might fail:

When the LED driver is doing its job, the power that is blocked from flowing through an LED lighting system ends up becoming heat. That heat build-up can eventually take its toll on the driver's components, and over time can make a considerable impact on the driver's reliability and how well it functions.

Just like with the LED lamp itself, LED drivers are also rated to work the best within a certain environmental temperature. The more you venture outside of that realm, the more the LED lamp will not work as efficiently. In fact, a good rule of thumb is for every 10C you go over or under its maximum or minimum operating temperature, you're reducing its efficiency by two percent. So it's always important to make sure you know the proper operating temperature for the LED driver you choose, and keep your LED fixture protected from the sun and other heat sources whenever possible.

Additionally, not all LED drivers are damp listed. If you will be using the LED driver in an application that requires it to be exposed to the elements, make sure it is designed to stand up to varying levels of moisture, or you may find yourself with a driver that no longer works.

If you select an LED driver that is not made from the highest possible parts, you may find yourself with some issues. Make sure to purchase your LED driver from a manufacturer that uses only quality parts, and does rigorous testing on the LED driver to make sure it can hold up to various increases or decreases in temperature and other stresses it may encounter.

If you have any questions about why LED lamps or drivers might fail, and how you can avoid these problems, please reach out to our customer service team at your convenience. Our lighting experts are available by phone at 1-877-958-9171 anytime Monday through Friday, from 6am to 6pm, Mountain Standard Time. We look forward to hearing from you!