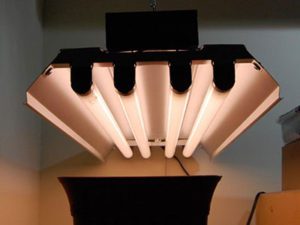 The banning of T12 fluorescent tubes would come under the jurisdiction of the US Department of Energy (DOE). The DOE strives to promote energy-efficient practices among the diverse groups of its population in the country. The ultimate goal of their efforts is to reduce the consumption of fossil fuels. This in turn gains US some degree of energy independence. Lastly, they want to make the country and the Earth a greener place to live.

As part of these efforts, the DOE restricts the use of energy-guzzling lighting devices. This is an effort to encourage businesses to use more energy-efficient lighting fixtures. Per the guidelines of legislation that came into effect on July 14th, 2012, T12 fluorescent lamps are no longer in production

What do the New DOE Laws Mean for T12 Lamp Manufacturers and Users? 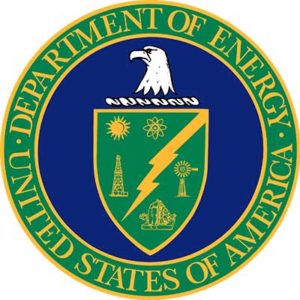 The new DOE laws regarding T12 lamps bring into effect a ban on the manufacturing of T12 fluorescent lamps. The laws imply that after July 14th, 2012, lamp manufacturers will not be able to manufacture that size of fluorescent lamps. Retailers and distributors will also not be able to import these lamps from off-shore manufacturers and sell them in the United States. However, the guidelines clarified that the producers can manufacture T12 lamps using their existing raw materials inventory. Similarly, the laws also laid down that distributors and retailers can continue selling the lamps until their existing stocks were exhausted.

The above-mentioned ban affects the following varieties of T12 lamps: the two-foot (24 inches) U-shaped lighting devices, the four-foot (48 inches) lamp fitted with a bi-pin base, and the eight-foot (96 inches) lamp that may be equipped with either a single-pin or a recessed double contact base.

The DOE laws on the manufacture and sale of T12 lamps have not affected consumers directly. For instance, business owners can use the T12 lamps in their businesses without violating the DOE laws. However, now that the ban has been in effect for such a long time, you may no longer find T12 lamps on sale in the hardware stores. What is more, the DOE has already imposed bans on T12 lamp accessories such as ballasts. So business and commercial space owners will find it challenging to repair their existing lights.

The above laws of the DOE are moves by the government to get business owners to adopt energy-efficient lighting devices.

The Case Against T12 Bulbs that Invited the Ban

The ban on T12 lamps is due to the inefficiency of this particular type of lighting device. T12 fluorescent lamps have been in use for a long time. It was a popular choice amongst business owners who wished to illuminate their work spaces effectively and cost-efficiently. However, this lamp has certain inherent disadvantages. Although more energy-efficient than the incandescent bulb, the four-foot T12 lamp still consumes a whopping 40 watts/hour. On the other hand, the more modern T8 lamp consumes anything between 25 and 32 watts/hour.

What is more, the modern-day energy-efficient lighting devices (the T8 and the T5 varieties and LED lights) also produce better-quality light than the T12 lamps. So with the advent of these energy-efficient bulbs, there was no dearth of consumer incentive to replace existing T12 lights with its more energy-efficient counterparts. The DOE ban on T12 lamps only hastened the adoption process.

The T12 lamps also suffer from other disadvantages. For instance, these lamps are not long-lasting and need to be replaced frequently. This adds to the operational costs of these lamps and increases the expenses of a business owner. On the other hand, these lamps are also environmentally hazardous. These lamps release toxic mercury and PCB waste products when they end up in the landfills. By the laws of the Environmental Protection Agency (EPA), lamps that release toxic waste must be disposed using special techniques. So business owners using T12 lamps have to bear additional expenses when disposing these lighting devices.

The DOE Acts In The Interest of Advancing Lighting Technology

The DOE considers it worthwhile to implement this law because more efficient replacements exist. It is worth noting here that the DOE has frequently brought into effect laws that have resulted in bans on inefficient lighting devices but as already indicated, every decision they make is not correct. For instance, the 75-watt incandescent bulb and the 60- and 40-watt lamps have not been in production since the ban on the T12 lamp.