Electrical Circuit: How does it work? 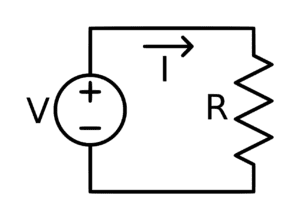 You have installed various types of lights around your business, and you flip a switch to light a bulb. Have you wondered what happens when you flip the switch and before the bulb starts to emit light? When you flip the switch of a bulb, the electrical circuit goes into action. This action ultimately lights up the bulb.

What is an Electrical Circuit in a Lighting Device?

The wires in an electrical circuit consist of a material called conductor that helps these transmit electricity. These wires have low resistance to electric current. Copper and aluminum are preferable as the wire material in fluorescent bulbs. However, in an incandescent bulb, the electric current passes through a thin strip of tungsten wire known as a filament. The filament becomes heated and produces light.

Different Types of Electrical Circuits and How do they Work

There can be many different types of electrical circuits. However, not all such connections are desirable from the point of view of the safety of your workplace.

A short circuit is a situation where you create a low-resistance electricity flow path accidentally. For instance, when two wires come in close contact with one another and electric current flows along a path that is different from the circuit. This is a potentially dangerous situation. Electric current starts to flow through electrical components not designed to handle it. A large amount of heat generates and can result in fires. That is why, as a safety-conscious business owner, you should ensure that high-quality fuses and circuit breakers are installed within the electrical system at your commercial spaces.

What is a parallel circuit?

Even if one lighting devices fails to operate, power still supplies all the other lights, and your office space is never in darkness. On the other hand, if there is a short circuit, the fuse and the circuit breakers swing into operation and disrupt the flow of electricity. The voltage again comes back to zero, and we prevent a potential disaster. The following diagram shows two situations of a parallel circuit: when it is operating as it should and when there is a short circuit.

What is a series circuit?

In a series circuit, all the elements connect end-to-end, and electric current with the same voltage flows through these components in a sequential manner. The total voltage flowing through the entire circuit is the sum of the voltages passing through each component.

However, a major disadvantage of a series circuit is that if one lighting device in the circuit does not operate (is damaged or fails to light up for any reason), all the lights in the series will not be lighted because the circuit has been broken. That is why, a series circuit is unsuitable in business premises. After all, you will not want your production activities to come to a stop if one bulb on the premises fails to light up. On the other hand, all the lighting devices in a parallel circuit have their own circuits. If one lighting device fails, the circuits of the others continue to function.

The above-mentioned pieces of information about electrical circuits in the context of light bulbs will help you make the electrical systems at your workplace safe for your employees and equipment. This knowledge will ensure that your lighting devices are always carry power from a steady supply of electric current. It also keeps them from incurring damage during a short circuit. This, in turn, ensures that these devices perform optimally. It guarantees they provide adequate illumination, last long, and increase the return on your investment.