Dark Sky Compliance – What You Need to Know 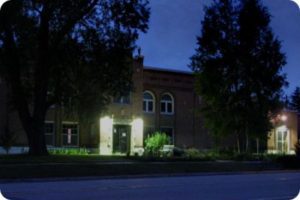 These two neighboring historic mining towns are located between two mountain ranges and have a combined population of less than 1,200. The residents of the towns reportedly wished to protect their night sky -- which they considered a "natural resource worth preserving" -- by achieving this certification.

To become a Dark Sky Community, both town councils reportedly adopted an encompassing outdoor lighting ordinance that included Dark Sky compliant lighting retrofits for community buildings. Additionally, the local nonprofit Dark Skies of the Wet Mountain Valley offered its support by helping to set up community activities aimed to educate residents about what it meant to become a Dark Sky Community, as well as information on how they could switch to Dark Sky-friendly lighting fixtures as well.

Stories like this show that people are becoming much more conscientious of how they impact their surrounding environment, including the night sky in their area. Because of that, it is becoming very important for lighting system designers and contractors to be aware of what Dark Sky compliance is and how it can impact their project. Here's a rundown on some things you should know.

Back in the late 1800s and early 1900s when cities were just beginning to really take form, the impact of outdoor lighting on being able to see the stars in the night sky was not a huge concern. The technology was not that advanced and there were less people and buildings.

However, as time marched on, cities grew and led to the development of numerous towns all around them. And lighting technology advanced, allowing for brighter illumination. By the early 1980s, all this night time light -- also known as light pollution -- started to become a problem and made it much harder to see the stars at night.

In an effort to reduce night time light pollution and preserve our global night skies, the International Dark-Sky Association (IDA) was formed in 1988. Based in Tucson, AZ, over the past 27 years the IDA has established a Seal of Approval program that rates the Dark Sky friendliness of lighting fixtures, and has established the International Dark Sky Places conservation program for parks, preserves and communities.

In addition to working to educate the entire lighting industry - including manufacturers and designers -- about the issue of light pollution, the IDA has also established its Fixture Seal of Approval (FSA) program to help provide Dark Sky-friendly fixtures for consumers and contractors to use for their outdoor lighting.

Lighting fixtures that seek approval through the FSA program are objectively evaluated on a set of specific criteria. For instance, fixtures have to have specific shielding and light distribution requirements, such as no light emitted above 90 degrees. Additionally, fixtures have to be mounted at 0 degrees with no tilt -- a tilted mounting angle will void Dark Sky compliance.

And due to the recent increase in the use of LED lighting, the IDA will now only accept fixtures that emit 3000K color light or below for FSA compliance. That is because of a recent concern over the negative impact of blue-containing white light, which recent studies have shown can have a potentially harmful biological impact on wildlife.

When approved, FSA certification for lighting fixtures are valid for two years from their approval date. The IDA offers a searchable database on their website where you can look for FSA certified fixtures by manufacturer, source type, application type, and CCT.

And ShineRetrofits.com is proud to offer a wide variety of Dark Sky-friendly lighting fixtures. If you would like assistance with your Dark Sky compliance efforts, please give us a call or send us an email at [email protected].